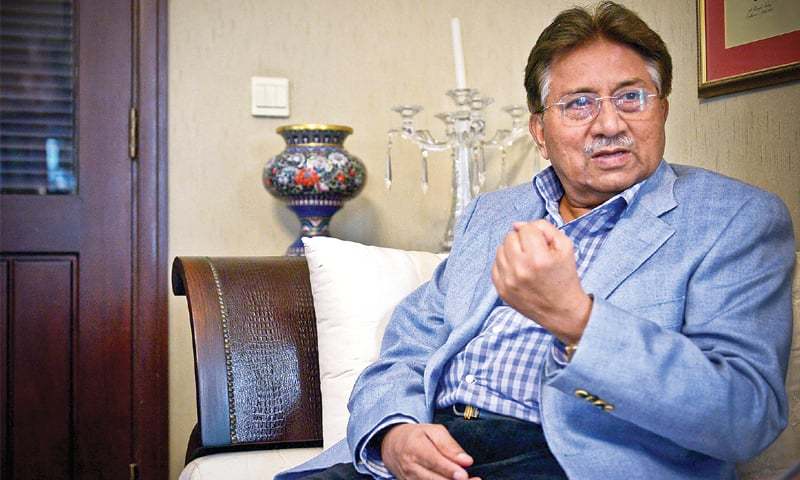 MUSHARRAF IS PROVIDING TOO CLEVER FOR THE US

Articles in the American press have begun to speculate about General Pervez Musharraf s exit strategy. US assistant secretary of state Richard Boucher met opposition leaders and journalists in Pakistan and tried to reassure them about Ameri­can pressure on Musharraf to conduct free and fair polls. He discussed with Musharraf the possibility of the general shed­ding his uniform. Boucher also met Pakistan’s chief election commissioner and talked to him about the complaint from Benazir Bhutto regarding millions of missing voters from the electoral rolls.

How serious is the US about ensuring free and fair elec­tions in Pakistan? Are they capable of enforcing their objec­tive? What options does Musharraf have? These are matters for serious analysis by India’s foreign office, intelligence agen­cies, media and academia. It is pertinent to recall that in 1999, weeks before the October coup, the US state department had warned Musharraf against it. The general had then ignored US advice, and Washington had to swallow Musharraf s de­fiance. The US was similarly snubbed when Musharraf sabo­taged the Bill Clinton-Nawaz Sharif agreement to train Paki­stani security forces to track Osama bin Laden.

Musharraf has a long and successful record of making promises to the US and subsequently going back on them. Yet, the US had to continue to put up with the general’s she­nanigans because they needed him in the war against Taliban and bin Laden. Though the general was acclaimed as an ally in the war on terror and he himself made tall claims about Pakistan’s contributions against terrorism, there is widespread recognition today that he has been running with the jehadi hares and hunting with the CIA hounds. Even for these am­bivalent services he has been rewarded with military aid to strengthen the Pakistani armed forces and massive economic aid, which pushed up Pakistan’s economic growth rate to unprecedented levels.

The Pakistani middle class is neither big nor strong enough to assert its strength and sustain democratic institu­tions against the Pakistani army. Besides the army itself func­tions like a cadre-based political party and has developed enormous corporate power. Pakistan is a fragmented polity with great resentment in minority provinces towards major­ity Punjabis. Thanks to the policies espoused by the US and general Zia-ul Haq since early 1980s- when the US-Pakistan began a campaign to topple the Soviet-backed Khalq-Parcham regime in Kabul – there was a massive movement to Islamizc Pakistan ending with the emergence of the Taliban in Afghani­stan. In turn, Taliban provided a safe haven to Al-Qaida. In spite of Musharraf s promises to establish moderate Islam, the ground reality today is Talibanization of Pakistan to the west of Indus.

Obviously the US cannot hope to deal with Taliban and remnants of Al-Qaida without the cooperation of the Paki­stani army. Neither Benazir nor Sharif, or any other civilian leader, can wield effective control over the army, especially one with nuclear weapons in its armoury. At the same time, Musharraf knows that if he sheds his uniform and installs a new army chief there are risks of him being overthrown. That happened to field marshal Ayub Khan.

Unless Musharraf is prepared to leave the country and settle down in America, he cannot afford to give up the post
of army chief. That could happen only if the Americans had spotted a successor army chief acceptable to them and commenting the support of all corps commanders. Many Pakistanis describe their country as one in which a general either sits in the seat of authority or stands behind it. Even if free and fair elections were to bring about a democratic govern­ment, it would have to cut a deal to share power with the army.

Power sharing was at the heart of the earlier military-Benazir negotiations. The Americans promoted such a power-sharing arrangement in 1988 when Benazir became prime minister under strict conditions imposed by the army. Per­haps the US expects that a similar deal can be worked out if Benazir is elected as the leader of the largest party along with a president who sheds the uniform. This will also require a dependable army chief who will play the game according to the rules laid down by the US. However, things did not work out that way last time and Benazir was thrown out.

One of the reasons for US strategy going haywire is its abysmal record of intelligence gathering in this region. The policy of promoting jehadism in Afghanistan blew up in their face. Their assessment on enlisting Musharraf s cooperation has saved bin Laden and the AI-Qaida, revived Taliban in Afghanistan and resulted in Talibanization of Pakistan. George Tenet’s recent book, At the Center of the Storm, highlights the shortcomings of US intelligence. Washington claims not to have known about A Q Khan’s proliferation in the 1980s.

There is an absurd reference to Pakistani fears of two war fronts – with Taliban and India – to explain Pakistan’s coop­eration with Taliban. With such low understanding of the ground situation in Pakistan, one must be skeptical of Ameri­ca’s ability to influence developments in the region.

The present statements of US officials are in response to public and congressional pressures. Already in the wake of deputy secretary John Negroponte’s visit to Islamabad, Ameri­cans are talking about leaving the issue of the uniform to Musharraf. The general has clearly demonstrated once again his ability to outmaneuver the US.