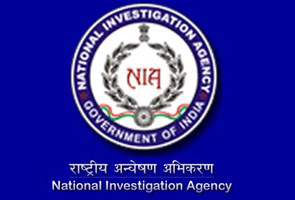 The National Investigation Agency (NIA) was set up as a new federal agency, approved by the Indian Government to combat terror in India.  Its creation was hastened especially after the November, 2008 Mumbai terror attacks. The NIA became a law, when President Pratibha Patil gave her assent on 30th December, 2008 to the National Investigative Agency Bill and Unlawful Activities (Prevention) Amendment Bill. From the same day, a round the clock information gathering and sharing centre on terrorism came into effect. The agency has been empowered to deal with terror-related crimes across states without special permission from the states. It can investigate any crime which has an implication with terrorism, left wing extremism, narcotics and similar type of offences.

When a case is registered in the local police station, according to the gravity of the reports, it will be sent to the State government and further from State government to the NIA. NIA is also authorized to investigate a matter suo motu and is also allowed to reject a case forwarded to it by the State government. NIA has concurrent jurisdiction which empowers the centre to probe terror attacks in any part of the country, covering offences, including challenge to the country’s sovereignty and integrity, bomb blasts, hijacking of aircraft and ships, and attacks on nuclear installations. Other than offences of terrorism, the agency will also deal with counterfeit currency, human trafficking, narcotics or drugs, organized crime (extortion, mobs and gangs), plane hijacking and violations of Atomic Energy Act and weapons of Mass Destruction Act.

Some of the salient features of the NIA are NIA is to be applicable to whole of India, citizens of India outside India and persons on ships and aircraft registered in India; Officers of the NIA to have all powers, privileges and liabilities which the Police officers have in connection with investigation of any offence.  A  State  government shall extend all assistance to NIA for investigation of terror-related offences; Provisions of the Act with regard to investigation shall not affect powers of the State government to investigate and prosecute any terror crime or other offences. The centre shall constitute special courts for trial of terror-related offences. Special Courts may sit at any place for any of its proceedings. For speedy and fair trial, the Supreme Court may transfer any case pending with the special court to another special court in the same state or any other state, and the High Court may transfer such cases to any other special court within the state. Offences punishable with imprisonment for less than three years may be tried summarily.

Some other features of NIA are Special court to have all powers of the court of sessions under CrPC for trial of any offence under the Act; proceedings to be held ‘in camera’ if special court deems it necessary; trial to he held on day-to-day basis on all working days and to have precedence over the trial of other offences; State governments empowered to constitute one or more special courts and; no appeal shall be entertained after the expiry of 90 days.

Some highlights of Unlawful Activities (Prevention) Amendment Bill, 2008 passed by Parliament along with NIA are: use of bombs, dynamite, poisons or noxious gases, biological, radioactive, nuclear substances are terror act; aiding, abetting or committing a terrorist act shall be punishable with imprisonment up to ten years; funding terror activities, organizing training camps and recruiting persons for committing terror acts shall be punishable with at least five years imprisonment; detention of accused up to 180 days if investigation not completed; no bail shall be granted if accused is not an Indian citizen and has entered the country unauthorized; no accused, if in custody, to be release on bail or on his own bond; and court shall presume, unless contrary is shown that accused has committed offence. It is expected that the potent legislation will bring the investigation and prevention of cases on fast track.

At present, the NIA is functioning as the Central Counter Terrorism Law Enforcement Agency in India. At the national level, the NIA has to investigate and prosecute offences affecting sovereignty, security and integrity of India, security of states, friendly relation with foreign states and offences under NK Act, 2008 enacted to implement international treaties, agreements conventions and resolutions of the United Nations and other international organizations and for matters connected there with or incidental thereto.

Based on the legal mandate given to it, the NIA strives: to conduct in-depth professional investigation of scheduled offences using the latest scientific methods of investigation; to maintain professional and cordial relations with the Governments of states and union territories and other law enforcement agencies in compliance of the legal provisions of the NIA Act; for effective and speedy trial; to provide sense of security in the society; to create an image of a thoroughly professional, result oriented organization, upholding the Constitution of India and law and order and giving prime importance to the protection of Human Rights; to develop scientific temper, humanism and progressive spirit while discharging the duties assigned; to induct modern methods and latest technology in every sphere of activities of the agency: and to win the confidence of the people it serves through its selfless and fearless endeavours.

As the only exclusive Counter-Terrorism Agency in India, the NIA is not, merely a post-incident investigating agency, but also a pre-incident disruption agency. The Agency’s principal professional challenge lies in developing intelligence to disrupt an attack before it becomes an event. The Investigation Division is headed by IG (Investigation) under whom there are four teams each headed by an SP. The Policy Research and Coordination Division is headed by IG (Ops and Coordination) who is assisted by DIG (PRC). There are four teams each headed by an SP who looks after Northern, Eastern, Western, and Southern parts of the country. They coordinate-with State Police Force and other law enforcement agencies in states. Technology/IT wing of the NH also reports to IG (Ops and Coordination). The Division collects and collates information and data on terrorism and terrorist activities. AIG (policy) assists the division in various administrative issues.