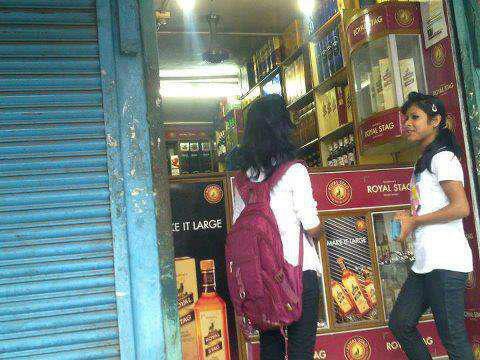 Healthy food and drinks bring a point of satisfaction. But intoxication has a reverse effect. The more one drinks the more concentrated doses he requires. Indigenous wine sold under government contracts gives more satisfaction to the poor heavy drunkards who cannot otherwise afford the sophisticated rum or whisky. A festive occasion requires a still heavier dose.

The wine prepared from methylated spirit is sold openly throughout the country under different names and clandestinely without a name. There are many in the country who dies without any record anywhere. Besides these deaths by spurious wine otherwise too the so called quality wines eat a man slowly but surely. Drinking results in a number of incurable diseases pertaining to liver, kidney, stomach and lungs. Moreover, a drunkard is more prone to sex. It has resulted in a large number of prostitution markets in the areas where drinking is more of a rule than an exception. AIDS, that killer disease is an accompaniment of sex in the modern world. The first six cases of the fatal disease were found in the brothels of Chennai. 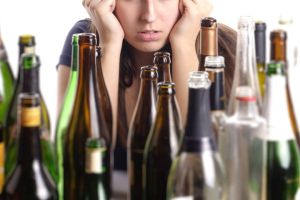 The hunger for sex among the drunkards has resulted in the development of flesh trade. Elopement of girls of different ages has become a regular part of immoral activities in the country. The incidence of rapes under the effects of the evil drink has increased hundreds of times.

It is said first man drinks wine. The wine drinks man. As drinking is common among the poor it affects the whole family. Wine shares more than 60% of their income. If it is a big family children and women starve. Even in a small family nothing is left to be spent on the education of the children. Illiteracy and mafiaism are just natural.

The social effect of drinking is very dangerous. It takes the whole society in it grip. In cities it is the poor homeless who are addict to this slow poison. Naturally it becomes a part of the slum culture. It is just an initial stage of intoxication. It leads to drug addiction. Brown sugar, an easily available drug throughout the country is the second stage. Once a Youngman uses it there is no way out. It ends with his life

After independence the leaders of the period took great interest in prohibition. It started from Salem in Tamil Nadu with the efforts of C.Rajagopalachari and Probandar, the birthplace of Mahatma Gandhi with the initiative of U.N. Dhebar a staunch discipline of the Mahatma. The enthusiasm diluted by the year 1958. U.P took the lead in scrapping prohibition. Other states followed suit. Gujarat was the last to give way. But bootlegging continued everywhere even during the period of prohibition. Moreover some prominent economists argued that prohibition brings a great loss of revenue. It was estimated to be more than 1000 crore. But the argument does not hold ground. It is at the cost of health and morality of crores of people. A larger amount is spent to counteract the effects of liquour.