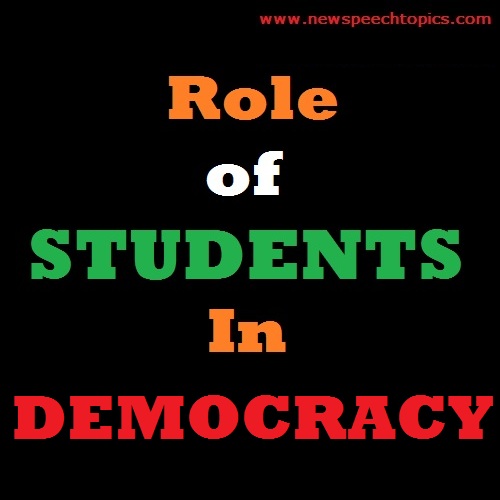 It is a sad fact that politics in backward countries is controlled by mafias and criminals. The educated youth can oppose such moves and make politics clean. Thousands of students have laid down their lives for the success of democracy in many countries of the world. The Government of India has given voting rights to the young who are eighteen. They have already changed the political equation in the country. The sense of patriotism of the  young students will make Indian democracy a real success.