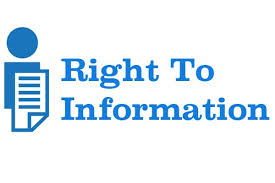 In Indian context, the nexus between politicians, bureaucrats, criminals and police is a known clumsy fact. Corruption has roots in all walks of life. Every wing of the administration is rotten with corrupt practices. Even judiciary is not free from the devil of corruption. The right to know or need of transparency in public administration has become too important to keep it away any longer.

Transparency means knowing the reasons, facts, logics and basis of the decisions taken by the administration. Transparency in public administration in legal terms means that a citizen of India has a right (legal or fundamental) to have access to the information about government’s actions. Denial of such information to the public by the public authorities without appropriate reasons would be an offence under the law. Though the Supreme Court has recently given a constitutional status for the right to know, yet under the guise of Official Secrets Act, 1923 and Section 123 of Indian Evidence Act, 1872, the executive bad been trying to withhold the records from production in the court of law on security point of view. The old laws which were framed by the British with the sole purpose of protecting the interest of the British executives and keep them out of the purview of the scrutiny of court and have become outdated. These laws corrupt officials and protect them from public exposure.

Undoubtedly,   transparency in public administration will make the executive more responsible and friendly. The red tapism prevailing in the administration will   be minimized as the public becomes more powerful. Transparency will positively result in wiping out the authoritarianism and whimsical way of working of the so called powerful bureaucrats under the patronage of politicians. The discretions enjoyed by bureaucrats and the ministers also come into focus, as soon as the transparency in public administration is restored. Though Supreme Court has decided in several cases that discretions enjoyed must be used reasonably and decisions taken must be based on logical reasoning, yet the things are not as smooth as they appear.

“In a democratic set up like India, the right of franchise is not sufficient but right to know the affairs of the state is necessary,” says an eminent thinker. Justice Krishna Iyer rightly observed, “The essential measure to ensure a responsible political system is to grant the right to information without which an intelligent participation is not possible in a democracy”. Unfortunately, ‘Secrecy is a rule and Transparency is an exception’, while the demand of time is transparency everywhere and secrecy be limited to the cases pertaining only to National Security. It seems strange to know that the word ‘secrets’ or ‘official secrets’ is defined nowhere in the Official Secrets Act, 1923. As such under the purview of Official Secrets Act, any kind of document can be termed as secret. The Section 5 of the Official Secrets Act, 1923, makes almost everything a secret. It is worded in such a way that nothing is left from its ambit. It covers everything that the Government does in daily routine. A very important and adverse point about the Act is that a mere receipt of any official information may create hardships to anyone, as it is an offence under the act. A new Section 15 was inserted during 1976 Amendment to the Act which says that any publication of an official secret by a newspaper would not only make the correspondent, editor, publisher and printer liable to punishment but also every director of the company which owns the newspaper, unless he can prove that the publication was made without his knowledge or that he exercised all due diligence to prevent the commission of the offence. It was inserted to suppress the liberty and freedom of the press. The Janta Government repealed this provision in April,  1977. Much debate and controversy has been raised to re-examine the Official Secrecy Act and to amend Section 5 in a way to suit the present requirement in a democratic pattern of society. The Second Press Commission recommended in 1982, the need for amending the Act and Section 5 as follows

In the matter of safeguarding the rights of the individual and providing a forum to hear cases involving violation of the right to information, Justice SN Jain had recommended to constitute a committee consisting of Attorney General, a person nominated by Chairman of the Press Council of India and a person nominated by Chairman of the Bar Council of India without which, no person can be prosecuted under Section 5 of the Act. In addition to this committee, the power of courts of judicial review is functioning to safeguard the individuals against the misuse of this Act.

The Press and the Act

The press, an important pillar of democracy, gathers lot of information with its own sources through correspondents or otherwise and enlightens the general public about the affairs of the government, and as such plays an important role of checking misuse of power by the executives. If the press is made to disclose its source of information which is received under the pledge of confidentiality under the provisions of Official Secrets Act, the freedom of press will remain just for the sake of freedom and the real picture will not reach the public. The point is ‘Can the press be compelled to disclose the source of Information?’ On this crucial point Justice SN Jain states that the Press may be compelled to disclose the source of information, if the government wants to prosecute the press for exposing the secrets or the government wants to file an action against its employees for violating confidentiality.

In a case, the Delhi High Court stated that there was neither absolute immunity nor absolute obligation on the part of the journalist to disclose the source of information. This decision makes the Amendment to Section 15(2) of the Press Council Act, necessary, as the Section 15(2) says that no newspaper, news agency, editorial or journalist shall be compelled by the council to disclose the source of information. The logic of this argument is that the Press as well as the government is accountable to the people for its actions.

The Supreme Court in the case of UP vis Raj Narain 1975, held that the court shall have a residual power to decide whether the disclosure of a document is in the interest of public or not and for that purpose the court can inspect a document if necessary and the mere assertion of head of the institution that the disclosure would hurt public interest is not treated final.

After long and persistent campaign by various activists including Anna Hazare, the Right to Information Act, came into force in September 2002. Now, there is good public awareness about the Act among the people who can ask for any kind of information from any government office and get it, unless it is classified.

The Act mandates that every department is to appoint both a Public Information Officer (PIO) and an appellate authority and their names must be displayed prominently at the Public Office.

If the PIO does not furnish the information required within 15 days, an appeal can be made to the Appellate Authority. The Appellate Authority has to decide each case within one month, but extension may be granted for one month after submitting reasons for the delay in writing. If the applicant is aggrieved by the order, he can appeal against it which has to be deluded within one month.

Despite a few these shortcomings, legislation guaranteeing the right to information is a major step towards ensuring a participatory developmental process in the country. To make the law truly effective, the active participation of the community at large is needed, including non-governmental organizations and the press who will need to simplify and disseminate the possibilities under the new law. The new law is a good beginning of a more inclusive development process what Dr. Amartya Sen describes as “a momentous engagement with the possibilities of freedom”.